Home judgement What You Give Out Returns to You

What You Give Out Returns to You 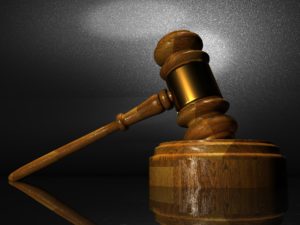 As you dig deep to remove anything that is stuck in your backpack from third dimension, make sure you have removed judgments that may still be stuck. Judgments are a lower dimensional characteristic of third dimension which is usually learned.  Making a judgment is different than making a decision.

When making a decision, you take in the information about the situation and decide what to do next. A judgment shows bias, for or against or for something or someone. We usually learn our biases from our parents or other influential people in life. What we learned from others often times needs to be unlearned later in life. They are not your beliefs.

We are all different and that is what makes us who we are. If we were all the same, it would be a boring world. Accept each person for who he or she is. Their path may be different than yours or they are at a different place than you are. Judgment leads to separation which is also a third dimensional trait. Find the commonality between you and others. Get to know those who are different and learn from them. Everyone has something that could be shared with you to enrich your life. When you judge others, then you will be judged also. What you give out to others returns to you.

Some things have changed recently and I would like to address a couple of the tools previously given to you.

One of those tools was dumping unsupportive thoughts and beings attached to you down your grounding cord into the earth. Earth is a living entity and has been overloaded with her job of clearing the planet of all that man has done to her. Now, instead of using your grounding cord, throw them up to the light and ask that they be transmuted to something ‘better than’.

Once you enter the fifth dimension, you must keep your energy in the higher frequencies. It is easy to fall back into the lower dimensions of third and fourth through doubt, fear, anger or judgment because you lived in those dimensions for so long. Now it is time to set new habits to hold you in the higher dimensions. These will be addressed in my future blogs, starting next week.

Since the angels were in the fourth dimension, one step above humanity, it does not mean they no longer work with you. The angels and archangels are now operating at the eighth and ninth dimensions and are still available if you need their assistance.We were at the lowest dimension and once Earth moved forward, all the other planets/beings also were able to move forward.