Home Beliefs What are Your Beliefs?

What are Your Beliefs? 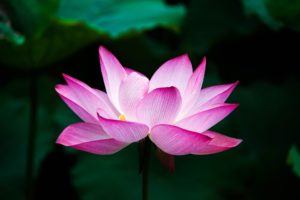 You may say, “These are my beliefs”; but are they really? Do you know what your beliefs are? Have you spent time thinking about your beliefs? You might find you have strong beliefs in some areas and in other areas you may not be so sure. Why is this important? Because it is given to you according to your beliefs and those beliefs may be tested along your path.

I believe all things are possible. I believe this because I have seen and been in groups that assisted someone in healing or someone else also received benefits from the healing. Using the method of manifesting, which has been given in previous blogs, has also been successful. To me, miracles are things that have not yet been learned.

All of you are powerful beings but most of you do not believe this until your belief is tested and you pass it. You created your life. This one is usually tough to believe, especially after all the things you may have been through in this lifetime.

Living in New Mexico pushes you to learn your lessons and to heal. Once I moved to New Mexico, I began learning my lessons the hard way and finally learned that I could ask that my lessons be gentle and easy.

My recent ‘test’ challenged my beliefs. It was about fifteen minutes before I had to leave for an appointment and my body was so tired that I decided to lie down for just a few minutes. As I closed my eyes, I saw it was fifth dimension. Two male voices were heard. Mentally I said, ‘I want to be healed.’ The second male voice stated, “You have to die first.”

My immediate response was, ‘It is given to you according to your beliefs and I believe I am healed.’ Moments passed in silence before I began seeing a light transparent pink around me. Then it turned into a beautiful, brilliant pink.  Pink and green are the colors that I usually see when doing or being healed.

After a short time and remembering my appointment that could not be missed, I came back to the conscious state, wondering how long it had taken me. Yes, I did receive healing even for that short period of time. As of today, about two weeks later, I am about ninety percent healed. The rest I can do on myself. Think about your experiences. What are your beliefs? Write them down and make them yours.

Image by Hong Zhang from Pixabay.