Home chakras An Overview of My 5D Experiences

An Overview of My 5D Experiences 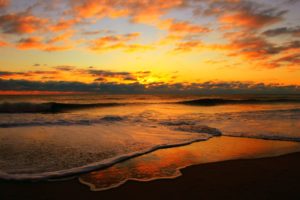 Archangel Gabriel took me into the fifth dimension in 2011 when I was working on my first book, The Fifth Dimension, Connecting to Create Success Now, channeled by the Archangels and Sri Yukteswar (Yogananda’s guru). It was a most wonderful experience during my morning walk after channeling. I began laughing so hard from all the ideas for writings of books, chapter titles and ideas for changing unsupportive events into comedy. The rest of the morning was spent writing short, comical stories. For days, I wanted to return to the fifth dimension.

My second experience in the fifth dimension was over a year ago. During meditation, I visited my art gallery for ideas for paintings. The first painting looked like a chaotic storm; it portrayed the earth entering the fifth dimension. After asking to see the fifth dimensional Earth, I was shown the gold ocean against the golden sky. The shades of gold were very subtle and I could hear voices but could not see others. A meadow among trees and the view from a mountain top were also shown. When verification was asked for, I was told it was Earth, the fifth through the seventh dimension.

In May, upon risings, my guides encouraged me to use my inversion table that I had not been able to use. After inverting the table, time seemed like two minutes instead of 10-12 minutes. Stepping off the inversion table, there was no dizziness. I was fully in the fifth dimension. Since then, I have noticed lower level energies often picked up by me as an empath have pretty much stopped. The collective energies are not being dumped on me. Grounding and keeping your chakras open become more important. (My seventh chakra had collapsed and the lower chakras were out of balance.) You must still protect yourself at night during the sleep state; use the gold and platinum shields around you.

Many of you may be going in and out of the fifth dimension or dropping back into the third or fourth dimensions because of your beliefs still existing in the third dimension or you may still have some things to deal with. What can you do to keep your energy in the higher dimensions as much as possible?

Stay positive as much as you can. Laugh things off. Love yourself unconditionally, just as you are. Accept others for where they are on their path. Try new things, especially something you always wanted to do but never had the time for it. Follow your intuition, be in gratitude for everything and bless your food. These are some of the things you can do. In coming blogs, I will expand on some of these and add other possibilities.