Home Beliefs Your Only Limits are Yours

Your Only Limits are Yours 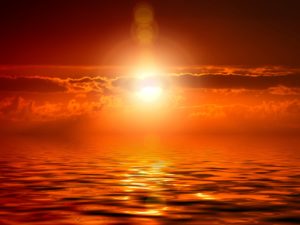 All things are possible. Edgar Cayce, known as the sleeping prophet and America’s greatest mystic, always stated that ‘the mind is the builder.’ Another common saying is, ‘Everything is given to you according to your beliefs.’ It is the mind that is very powerful.

There is a saying that if you believe that you can do something, then you will be able to do it. If you do not believe you can, then you will not be able to do so. It is always given to you according to your beliefs. What are some of your beliefs? As you move into higher planes, you may find that your beliefs begin to change. What worked in the third dimension for you may not work in the fifth or higher dimensions.

Another quote referencing the mind is, ‘don’t just try, do it.’ If you say, “I will try,” then that is all you will do; try. ‘Do it’ means you will continue, in spite of setbacks, until you do succeed. ‘Just do it’ became my mantra at an early age. If I did not know how to do something, I would ask another knowledgeable individual, “How do I get started?” From there, I would look at a finished product and analyze how it was made.

As an artist, if there was not a finished product, then I would place the canvas or stretched paper where I could see it each day. Eventually, I would feel like it was time to do another layer of paint and just trust what came to mind. Sometimes, I would be told what to do next or just sense the next step. Assistance has been given many times. It is never turned down unless it does not feel right. Then I ask who is giving me the information several times for verification. My art becomes a one-point focus for my mind.

In the Matrix, Neo was told to clear his mind. How can one be open to something new when the mind is cluttered with old thoughts of would have, could have and should have in addition to old emotional thoughts? Remove the baggage by letting it pass by you as it comes up to be cleared. In this same movie, the boy who bends the spoon points out that one can only change oneself. The mind is very powerful.