LOVE IS – Across the Dimensions (Part 2) 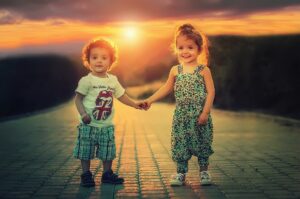 For the past year plus, we have observed the anger and other fear based emotions coming up from others and ourselves. The old emotions stored within us need to be released in order to move through fourth dimension. The emotional body is being cleared for higher dimensions. The fourth dimension also includes the astral plane which surrounds the earth and consists of thoughts not acted upon. It also includes the traumas and dramas of your past lives; your aspects which also had traumas, such as during their death.

Fourth dimension is a stepping stone. It is here where one becomes the observer. This enables one to view choices and to make intelligent decisions. By being the observer, the emotions are removed from the situation which allows one to see things differently than you would from the third dimension where emotions play a part in decision making. Fourth dimension is a platform of neutrality from which to observe. It is where one can be in the moment or present, where all things exist.

At this level, polarity as it currently exists on Earth is no longer needed. Humanity is choosing to change the agreements held by the third dimension and to move into the fifth dimension; one of creation, spiritual growth, and love. This is the path so many are choosing, to know thyself and to be one with God. Many have already changed their world to one of peace, joy, love and abundance. Now it is the collective who are choosing to do so. This will not occur overnight. There will be changes and adjustments which need to be made. They are and have been slowly occurring and will continue to occur. It will be a movement of peace, one of love and choosing to change with love and for the love of humanity.

The Dalai Lama once said that in the West, change will come from the women through love. Why not bring back the love for ourselves first and then for others to recreate a nation of love and compassion and model it for other countries. Let’s look at what we have in common instead of allowing our differences to divide us.