Home faith Faith or Belief Can Be Very Powerful

Faith or Belief Can Be Very Powerful 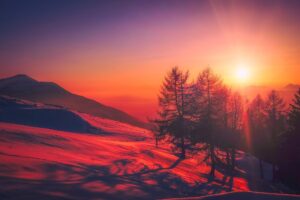 We only need that of a tiny mustard seed of faith to be effective. That’s all it takes to believe in yourself. By believing in yourself, you believe in God. In the past, many individuals have traveled to sacred places to feel or receive the energy, while others visited in meditation.

The real power is within. Because of your belief, the mind creates that doorway. Doubt can close it as we were shown when one of Jesus’ disciples fell into the water while trying to follow Jesus walking on the water. Anything other than love is fear.

You may also use your own energy to claim an area to be sacred or protected. Often in major fires only a home or two in an area may be left unharmed. They were protected by belief, not just by proclaiming it. It was the tiny mustard seed of faith. An energy force is created around the home which protects it. Remember the mark on the door from the Bible where not all were taken? What you give energy to or focus on you will attract, for all is given to you according to your belief. Edgar Cayce, the sleeping prophet, stated many times the mind is the builder for it controls energy.

At one point, I discovered an unsupportive energy force directed at me from someone in the neighborhood. One of the things I did for protection was to ask that I, my home, and property be protected from any and all harm. This was reinforced from time to time.

I asked a reiki master to work on my body long distance since I was unable to get into her office. Later, when I talked to her, she said she was confronted by a higher being watching over me and my home. It took quite a bit of convincing before the being would allow her to work on me. The neighbors involved have since moved.