Home 3rd to 5th transition What Change Looks Like 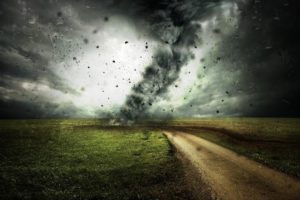 Some of you have stepped into the fifth dimension for several days and then allowed yourself to be pulled back into the third dimensional energy where you still hold beliefs. So it is a tug and release situation. You are being introduced to the fifth dimension. Many people are feeling the energy waves and recognize what is occurring while others just know they do not feel right. Feeling a little sick to your stomach or that you are right in front of your body instead of within it, your muscles and joints ache, feeling tired or dizzy and brain fog are very common. You just want to go back to bed and sleep. However, sleep feels illusive or even if you do sleep, you are still very tired as if you had not slept. Things just seem to be in chaos no matter what direction you turn. Some days you feel as if you cannot function and are making little mistakes that are not the norm for you.

What is the norm? For now, it is what we have just described above. Your bodies cannot be expected to change from the third to the fifth plane in a short period of time. Even scuba divers have to adjust for the pressure when returning from a deep dive. They cannot just rise to the surface and move quickly back into a different atmosphere.

Many of you have noticed the difference in density when you wake up in the morning to begin your day. Some describe it as if cutting through the air as you move. Other descriptions include feeling as if you are walking through a dream state or that your body feels like a cutout rather than your body being grounded. Your body does not feel like itself. The third dimensional laws do not apply to the fifth dimension. It is difficult to describe the fifth dimensional body when one is used to being in a third dimensional body all of your life.

There is nothing to be fearful about in fifth dimension. Your senses notice the changes first because your senses are predominately relied on in the third dimension. So many of you are also empaths or sensitives and do not realize it yet. If you do not know what an empath is, then follow this link  Are You an Empath? How to Survive and Thrive as an Empath.

Your bodies are changing and so is your home, mother Earth. With all of the changes being shown to you via Earth, there are more to come. Your bodies are definitely changing and so will your way of being. As Earth moves into another place in your solar system, the changes must occur. Life will still be one of creation since you are creator gods. You will find that people begin working together for the betterment of mankind. There will be more of a sense of community as people come together to accomplish what is needed by the community. Polarity no longer exists. Peace, joy, happiness and assisting others just because you can are more predominant. There may or may not be money as you know it for a medium of exchange. It may be a bartering situation or others stepping forward to help one who needs assistance.

The fifth dimension is what everyone has been asking for.

Go with the flow and do what feels best for you and your body.