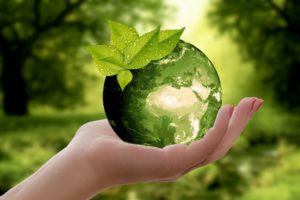 Who would do such a thing? You would be surprised. It may be someone from your soul committee or someone who is supposed to be assisting you such as an assigned soul. It is quite easy for the individual to dump the stuff on to you, thus getting rid of their contract. It is then yours to deal with. You may check daily to see if any collective energy has been picked up and if so, whose energy it is or who gave it to you. There have been several times someone was able to get through my protection.

Not only is it someone who is supposed to assist you, others can also step in and dump their energies on to you to clear. It seems like males from past lifetimes are having their female counterpart from that past life to clear their current stuff. When this happens, you need to find out how they are getting through and close or seal any openings. Often times, there was a vow during a past lifetime together such as saying, “I will always take care of you.” The word ‘always’ does not mean only during that lifetime together. It could come from a former husband even if you did not make that vow. He may not want to do his own work. He may find an opening where he can send his stuff through to you and you would not know who did it. A vow is like a promise.

The unsupportive energies you are carrying around may not be yours. A friend and teacher of mine often said people can die from someone else’s illness. You need to be vigilant and check on a regular basis if you have picked up someone else’s unsupportive energies. Just walking past someone who has an illness can drop their stuff on you. If some part of your body has been bothering you physically, then ask yourself if it is yours or someone else’s. Standing in front of a mirror when you ask the question may help you in assisting with the answer. If it is not yours, release the energy to it rightful owner. You might state, “If this is not my stuff, it must immediately be returned to its rightful owner with forgiveness and unconditional love directly from Prime Source.

At this time, many of you are experiencing this situation. It can happen to any of you. This is why you need to check to see if you have picked up any collective energy or world energies that are not yours and remove them.