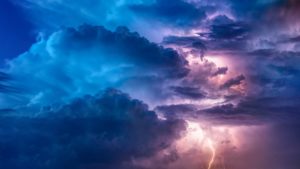 Unable to sleep at night, people are still taking naps during the day. Often times, after breakfast I have gone back to bed for up to two hours. It did make a difference in my day by feeling rested and lighter. It takes more energy to release all that you have to release at this time.

Some are having nightmares or flashbacks to the past when someone hurt you, for example. Did you forgive the other person and yourself? If you do not forgive yourself, then you are letting that person hurt you again. That individual may have had a contract with you to help you be stronger or step into your power, etc. These are a couple of reasons to forgive the other person and yourself so blockages do not form, leaving you with more to remove.

What is happening is the residual unsupportive thoughts and actions left in the body are being released. It can be difficult to release when you are not fully awake to allow the flashback to pass by. Instead, you may even be grabbing on to the thoughts as if to question why the situation is being drawn to you, and you may find yourself thinking about what happened at that time, which is drawing it back into you.

I have mentioned before that our planet is in the shift. Earth has decided to begin moving forward into a higher dimension. Earth is to become a fifth dimensional planet. She will be moving forward two dimensions, something that has never been done before. The other planets are giving us assistance since they cannot move forward unless the planet with the lowest frequency moves forward first.

The second wave of ascension is also occurring. There will be two or three more to come. This is when an individual or individuals move forward at the same time. This allows you to be able to share your experiences and to assist each other in the process. I am in the second wave and have written a book with Archangels Michael, Raphael, Gabriel and Sri Yukteswar, Yogananda’s guru, to assist others with their ascension. It covers the easiest path to take and the steps needed to succeed. I’ll tell you more about it in the next couple of weeks.