Home being open Be Open, Be Aware

Be Open, Be Aware 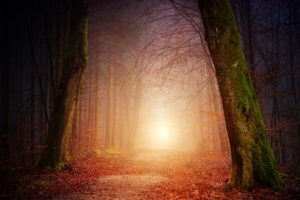 Another day, another dollar. That is what the working people used to say. Today it is much different. It is no longer the norm. So many individuals are without jobs for various reasons. Some cannot find a job yet, but are looking for one. Others really do not want to work. They would rather do other things at the cost of society. Others know how to get around the laws and are quite familiar with their rights.

In today’s society we hear about walls and separating individuals from their families. What is going on in the world is much more than that. People are tired of working just to pay their bills and provide a roof over their head while others make large sums of money by manipulating and moving money around. They know the laws too and how to get around them through loopholes. To them, it is a game of who can be the richest; as if that made them more important and noteworthy. Is that what the world is about?

There are battles going on across your universe while there are those who are trying to assist and protect Earth and its population. Some battles are with the people on the planet and others are even bigger battles which are not known by the people being affected. The solar system is working through its natural movements and bringing waves of higher energies to the planet and it residents. The higher energies affect individuals in different ways. Some individuals are sleeping more; others less. Emotions are rising as those who still have past issues to remove are working through them. Yes, there are many things going on in the universe that the masses do not know about. Many do not care to know about any of it. If they did, it would be just another thing causing concern.

It is much easier to believe what they are told by the mass media and the talking heads of the countries. They pick up the biases of others and believe them to be truths. It is so much easier to accept what another has to say than to think for oneself. If one finds things to be to be different than what is being advertised, then one would have to do something about it.

With the internet, one can find information about almost anything. How many people actually dive into the topics covering the nation and find the truth? What is truth? We have said that what is true today may not be true tomorrow. Humans like to stay with one thing and hold that as their truth for the rest of their lives. Do they challenge it? That would take time away from social media or other interests.

It is time people think for themselves and be more involved rather than saying they have always voted this way and they feel that their representatives always have the people’s best interests in mind. Do they? When individuals are in a position of power, they may be approached by others with an agenda. The agenda is not always good for the masses. To find out what is really going on, one must do diligence and research unbiased sources. You are responsible for yourself and for what you do. Responsibility carries much weight on one’s shoulders. In a world where money tends to rule, your research usually means following the money to find the motivations behind what is going on in the world. It is the battle for the higher power. The Earth will move into higher planes in spite of those who choose to keep it from doing so. Their desire is to maintain control and keep things on a downward spiral. This is not the wishes of the people. Do your research. Then step back and see the act that is being played out in the theatre of life.