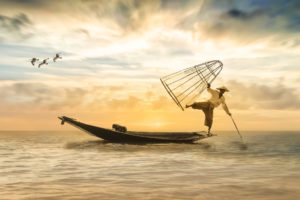 Each wall in my bedroom and outside wall of my home has a piece of selenite against it to protect my house and bedroom from unsupportive energies. According to the 1995 version of Love is in the Earth, A Kaleidoscope of Crystals, selenite is crystallized gypsum that is colorless to white with needle-like crystals. Among other things, selenite helps with clarity of the mind and expands awareness of your surroundings.

In recent months, I and others were experiencing breakthroughs in our protection and realized that it was best to put on another layer of protection around us. If the outer layer of protection was breached, the next layer seemed to stop the problem. Remember, what worked yesterday may not work today as we move into higher dimensions. For example, I clear my energy field and myself every morning when I get up. A protective shield of gold surrounds me and since gold is soft, I also use a shield of platinum around the golden shield. Sometimes I will throw in another layer if something doesn’t feel right.

After talking to someone else about feeling out of balance, she suggested I check the pieces of selenite outside of my house; one of them might be missing. Usually I check quite often but was involved with other things so that it slipped my mind. It was not just one piece missing; it was all the pieces around the house except for those in my backyard which is gated. Once the pieces were replaced, things seemed to be in balance again. This time, the selenite was placed out of sight, behind drain pipes and under rocks.